The New Reference Laser for Anti-Aging and Beyond

Find out the price

Quanta System is proud to introduce a new extremely innovative device for skin rejuvenation and scar treatment. Youlaser MT is the first and only laser that, due to the proprietary Mixed Technology, is able to combine the golden standards of 10600 nm, and 1540 nm wavelengths in a sequential or simultaneous fractional emission.

Z
Youlaser MT is the first and only laser that overcomes these limits by combining CO2 ablative and GaAs non-ablative lasers.
Z
These two lasers can work separately or in an exclusive Mixed Modality allowing practitioner to offer the best treatment to each patient.

Payment in 2 installments (50% prepayment / 50% before shipment)
12 months warranty
Technical support in Vilnius, Riga and Tallinn
Training on the Duetto MT EVO in Italy is included in the price 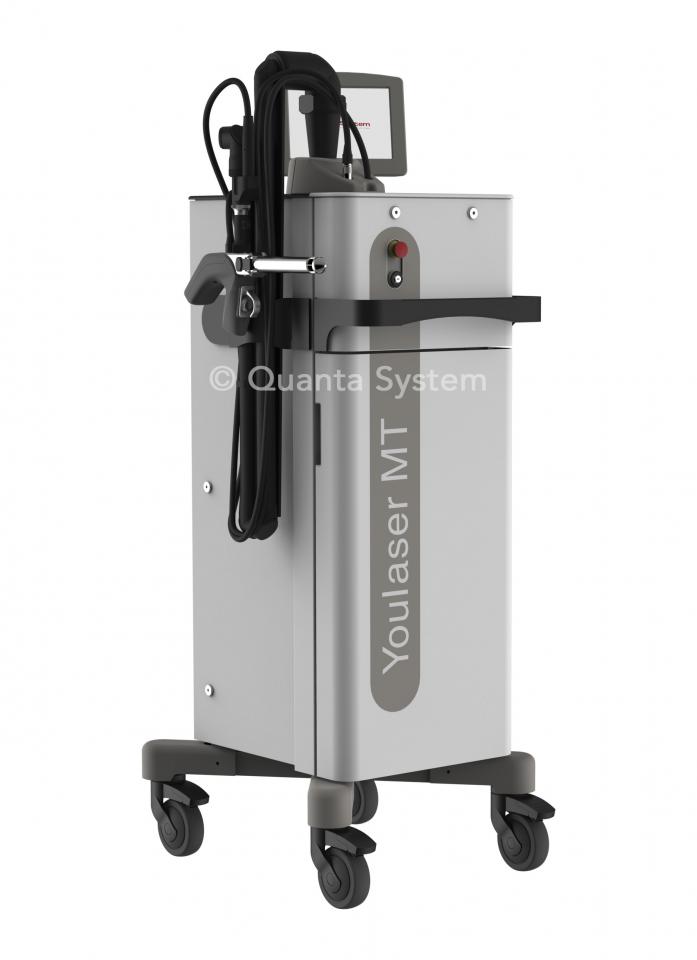 These two wavelengths emitted together maximize the advantages of each laser, improving the results in just one session. Aged skin with wrinkles and
pigmentations, scars as well as vaginal atrophy, are best treated by Mixed Technology to establish a positive synergy between the two lasers for advanced results with almost no patient downtime.

No more trouble when choosing fractional ablative or non-ablative lasers.

Nowadays dermatologist and aesthetic practitioners know the advantages and the limits of ablative and non-ablative fractional lasers. Ablative lasers offer
faster results but cannot be applicable to all the patients because of their long down-time and higher risk of pigmented disorders. Non-ablative lasers are much more tolerated by any skin type and can be used on almost every patient, but need repeated sessions to achieve the desired results. 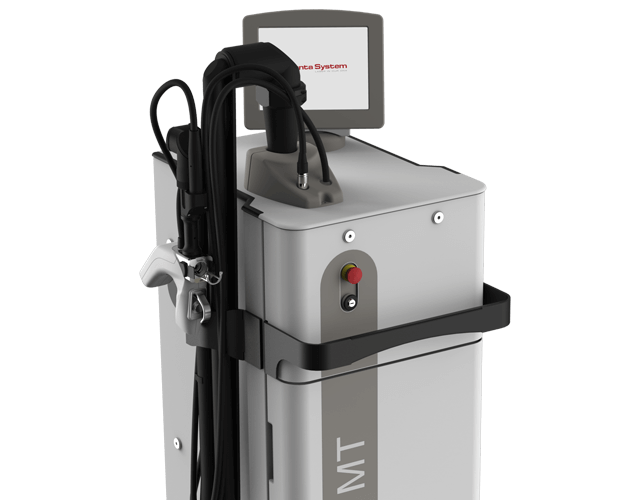 L
Youlaser MT permits to treat the skin with one of the two wavelengths or one of the three Mixed Treatment Modalities available, to find the right balance between results and down-time. This device can also be used as an advanced laser for dermatological surgery.
L
The very fast CO2 laser of Youlaser MT is able to work up to 2000 Hz and to deliver at the same time microsecond pulses for a perfect control of cutting and coagulation rate. Youlaser MT is a “maintenance-free” laser, an important feature to keep the running cost at the lowest level.

Youlaser MT can deliver 1540 nm and 10600 nm lasers in the same micro-dot with sequential or simultaneous emissions. This is important to get a tunable balance
of ablation and coagulation depth for new and more effective treatment standards.

Optisim is an innovative feature that shows a simulation of the pattern generated by the laser before starting the treatment, for a fine adjustment of the laser parameters.

Youlaser MT produces a fractional pattern with spaced micro-dots of coagulated and ablated tissue. Used in Mixed Mode, the wound dimension is related to the total energy delivered by both lasers. The histology results show complete skin reepithelization in 3 days. The Mixed Mode improves outcomes in one session on acne scars and wrinkles, producing effects similar to ablative treatments with almost no down-time for patients. Dermatologic surgery also benefits from using Mixed
Mode due to higher precision of coagulation and ablation rates.

BEFORE AND AFTER THE PROCEDURE

The vaginal atrophy is the loss of the natural structural collagen thickness and form of the vaginal tissue and it may be caused by aging or childbirth.

Shelase is a dual laser procedure by GaAs 1540 nm and CO2 10600 nm for effective treatment of atrophy and laxity through the resurfacing of vaginal mucosa for a significant improvement in patient’s quality of life, sexual satisfaction and an immediate return to normal activities.

It uses the Mixed Technology of Youlaser MT to perform an exclusive mixed laser treatment of the vaginal mucosa by non-ablative and ablative
wavelengths at the same time. The treatment is performed delivering two laser wavelengths in the vaginal tissue to stimulate contraction of mucosa and production of new collagen, to regain the normal vaginal elasticity.
Shelase is a unique procedure that reduces the ablation of mucosa during treatment while the nonablative laser penetrates deep into the tissue to
maximize the laser effect in a very gentle way, with no bleeding and no recovery time.
We are the official distributor of Quanta System
www.quantasystem.com

For clients from Baltics and Scandinavia.